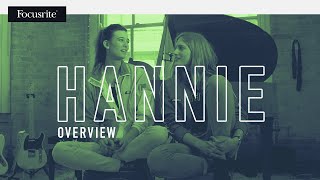 Plus you still get the Addictive Keys virtual instrument from XLN Audio free with Focusrite interfaces. One full license per account enables you to choose one Addictive Keys instrument, such as Modern Upright, Studio Grand, Electric Grand or Mark One.
The third-generation Scarlett 18i8 is the perfect audio interface for recording engineers and producers who need to adapt to their recording environment, wherever they are.

It offers eight analogue inputs: four mic/line inputs, two high-impedance, high-headroom instrument inputs and four additional fixed-line inputs on the rear. An optical input allows for expansion of up to eight additional channels for larger recording sessions. And with improved A-D and D-A conversion, your recordings and playback will sound clear and pronounced up to 24-bit/192kHz, vital to helping you perfect your mix.

Scarlett 18i8 features four of Focusrite's best-ever-performing third-generation Scarlett mic preamps: with optional Air setting to reproduce the Air effect of their original ISA mic preamp, giving your vocal or acoustic recordings a brighter and more open sound. There's a pad on every mic preamp to accommodate higher-level signals without clipping.

Scarlett 18i8 offers two extra line outputs over the previous generation, and speaker switching technology for dual monitor setups. Two independent headphone outputs allow for both engineer and artist to monitor during recording sessions, and a pair of virtual loopback inputs allows you to capture a stereo feed of any combination of hardware input and software playback channels – making podcasting, live streaming and sampling tasks easier.

Scarlett 18i8 is designed to stand up to days on the road, and connects straight to your Mac® or PC via USB cable. It comes with all the software tools you need to get started: two comprehensive digital audio workstations, Ableton® Live Lite™ and Pro Tools® First Focusrite Creative Pack; Softube's Time and Tone Bundle; Focusrite's Red Plug-in Suite; a choice of one of four of XLN Audio's Addictive Keys.

If that wasn't enough, Focusrite have partnered with Splice to give 3rd Gen. interface owners a free 3-month Splice Sounds subscription when setting a new Splice account. Splice Sounds offers millions of high-quality, royalty-free one-shots, loops, and presets, with new releases daily from your favourite producers, sound designers, and artists. Creators use Splice to make all kinds of music, including chart-topping pop, Grammy-winning albums, underground mixtapes, and cinematic scores.

And as with all Focusrite products, you'll also benefit from membership of their Plug-in Collective offering free software downloads and generous discounts, as well as a three-year warranty, award-winning customer support.

Key Features:
• Four of the best performing mic preamps the Scarlett range has ever seen, now with switchable Air mode to give your vocal recordings a brighter and more open sound
• Two high-headroom instrument inputs to plug in your guitar or bass
• Eight balanced line inputs for connecting synthesisers, drum machines and other line-level sources
• Four monitor outputs with anti-thump technology and speaker switching
• High-performance converters enable you to record and mix at up to 24-bit/192kHz

Heitor Silva
May 19 2020
I have no idea if this product is good or not. I bought it on May 5th. Today is May 19th, and I still have no clue if my interface was shipped or not... I sent 2 emails, 1 Twitter message, and reached through the webchat too, but NOTHING was effective to at least know what happened with my order... I'm extremely disappointed and without my interface to work with. I don't think Corona is enough to justify 14 days of silence, even after me reaching through 3 different forms of communication. I'm seriously considering to ask for a refund and buy from other brand, IF someone answers anything, because even the refund I think it will be impossible to get!

Charlie Smith
January 15 2020
First, the instillation was quick and flawless. I have doing this for 40 years. Second, the unit has great sound. ( I miss VU meters ) Buuuuuut the unit software has them. Great unit. Thanks, Charlie

Edwin Spence
September 20 2019
Great value for the money. i was amazed at the sonic quality.

Michael Patrick Smith
August 7 2019
I upgraded to this model from anther company's smaller interface. I needed the 4 line inputs on the rear of the interface for a dedicated drum machine and keyboard. the AIR and PAD functions were a bonus!

Warwick Merry
August 2 2019
Only been using it a short period but really enjoying it. Bought direct from Focusrite and a little disappointed it did not have an Australian plug with it.
Can't find what you are looking for?
Shop by product type